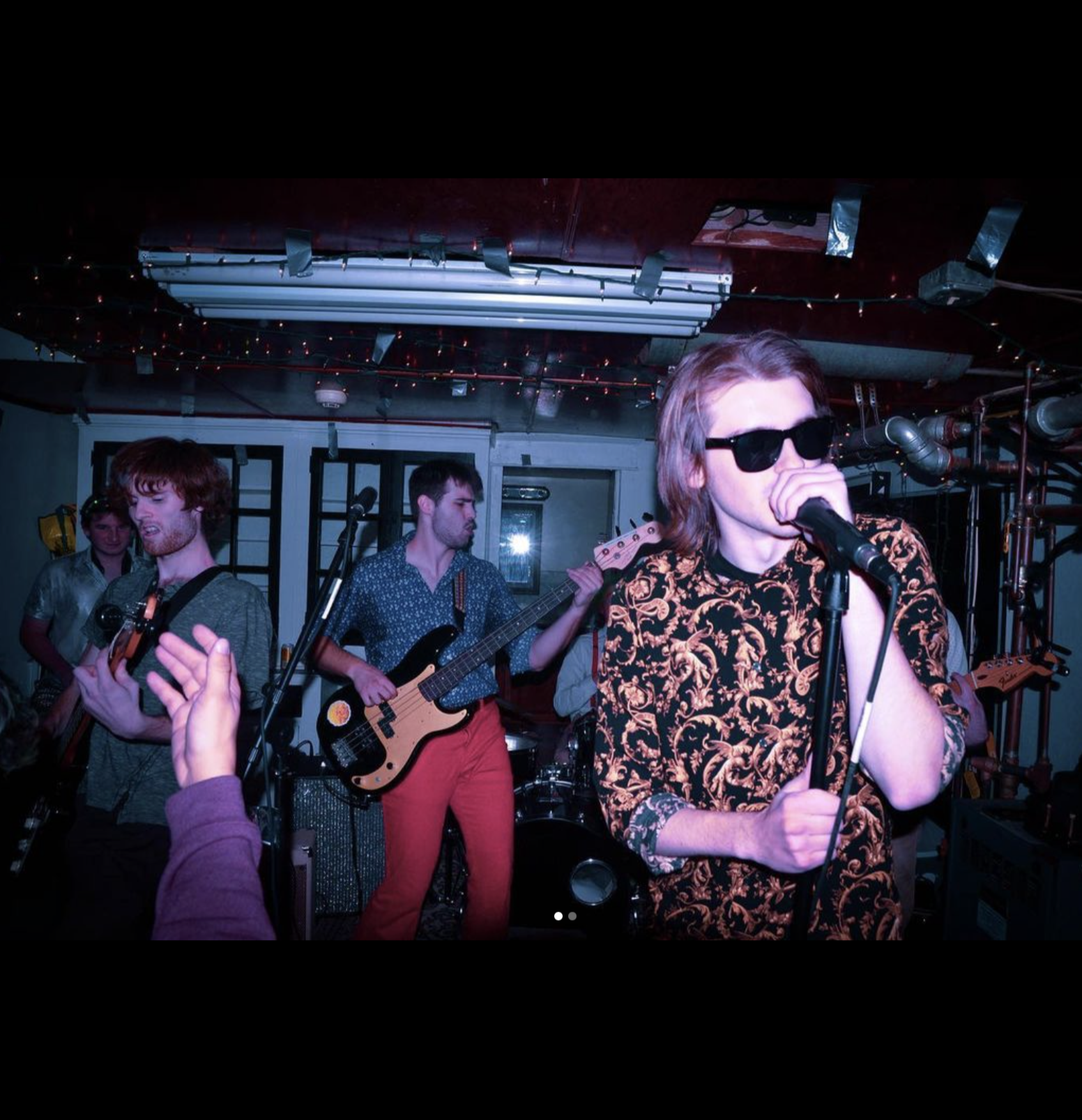 Quiet Hours’ sophomore album “Reality TV” will be released on Friday, August 5, 2022. The album was engineered and produced by Matt Very of Very Tight Recordings. Evan Heming, lead singer of Quiet Hours was nice enough to send me an advance stream of the new album and an EPK about the project as he knows I am a big fan of their debut album “School Dance“. Quiet Hours is a pop band that incorporates funk and alternative rock, as well as several decades of musical influences. Quiet Hours formed at the University of Pittsburgh “on the fourth floor of Sutherland East in 2019”.

According to Quiet Hours, “Reality TV” “reflects the strange realities of growing up during the dissociative experience of social interactions through digital screens”. Quiet Hours has spent the past two years hard at work on this new album. “Reality TV” is my favorite Gen Z pop band doing a more upbeat analysis of our screen-obsessed society. It’s kind of like if Bo Burnham had an optimistic younger cousin.

This nine-track album is quite varied. Many of the songs start in one direction but unexpectedly pivot in tone partway through. This was a welcome surprise.

“Reality TV” opens with “Endless Possibilities”. This track elevates itself above your standard pop song with feeling and excellent sax. “Watercolors” starts with a mellow Jimmy Buffett-style vibe that increases to a more intense payoff. “3437 Bates” has a dreamy beginning that flows into an energetic beat. The line “pour your troubles into mine” is very relatable.

The first single from the album, “Sometimes I Get High Watching My Friends Do Drugs”, has a very 1990s hang-out feel. The official video premiered on YouTube on June 10, 2022. The video was directed, filmed, and produced by John McDevitt. The video makes us think of the ways in which we spend or waste our precious time. Do we do what we want to or what’s easy in the moment? The video makes excellent use of social media in a way that probably cuts many of us.

The lyrics veer into the area of how we can we “get high” on our relationships. The lyrics at the end of the song encapsulate this feeling, “I never felt complete when left alone, But deeply share the roots that we have grown, So Grab a bottle from the highest shelf, To take me out from underneath myself, There’s no better way to waste my time”.

“The Bootleg Fire” is another excellent track, that is reminiscent of the best of The English Beat.

“I Never Got To Drive the Go Karts” is the second single from the album. Wow! The first note of this song hits something deep inside. The lyrics are beautiful. This song is about “a hellish vacation the band took in Spring 2021”.

This flowing, yet unpredictable album is a must listen.

Quiet Hours does not have any live shows currently lined up. The band is well known for exciting house party shows at Bates Box. On June 25, 2022 Quiet Hours played their final show at Bates Box. Though bassist/vocalist Patrick Bobko is moving to Philadelphia, he mentioned on Instagram that “Quiet Hours will still be playing up in Pittsburgh a bunch”.

I recommend following Quiet Hours on Instagram, Spotify and Twitter to hear new music and stay up to date on shows.