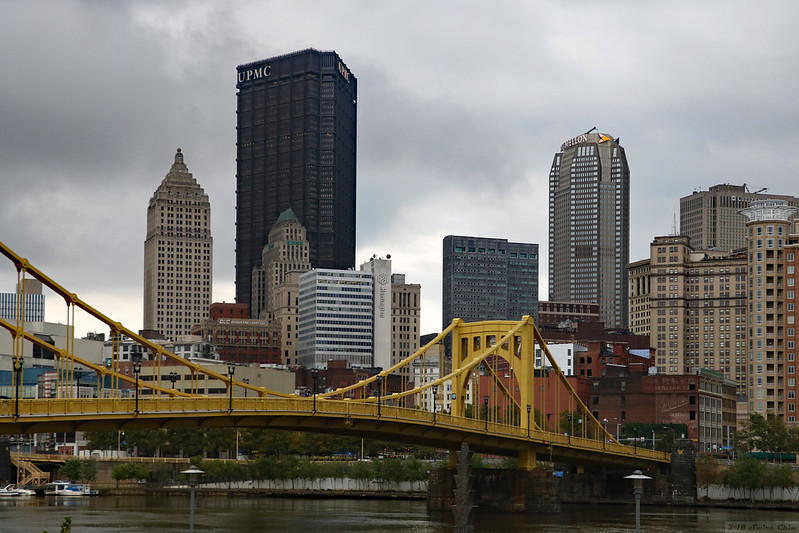 Since music and fashion are both artistic means of self-expression, it’s no surprise that they often go hand in hand for creatives in the Pittsburgh area.

If you want to wear some Pittsburgh flavor, the local clothing brand Steel City has many yinzer-style options. In 2018, Steel City became the official maker of Mister Rogers’ Neighborhood merchandise. Steel City offers many designs related to local sports teams and businesses, including Pittsburgh Steelers-themed tees and Primati Bros. designs. This past summer, Steel City even created an officially licensed line of tees for Kennywood amusement park.

This small business primarily operates online, but sold pieces at a pop-up market for the first time on October 15,  2022, at the Strange Roots Fall Fest at the brewery Strange Roots Experimental Ales in Gibsonia, PA. This event included live music from Jimmy Mac and the Attack, The Felt Like, and the Tim Vitullo Band.

Warhol’s opinion on his use of silkscreen printing was “The reason I’m painting this way is that I want to be a machine, and I feel that whatever I do and do machine-like is what I want to do.” Warhol experimented with using his drawings and later photographs to silkscreen images from. Warhol created screen prints of many celebs, including musical artists such as Mick Jagger and Prince.

Warhol actually produced his art at The Factory in New York City, which moved between three different locations from 1963 to 1984. Andy Warhol disdained Pittsburgh. However, The Andy Warhol Museum is located in Pittsburgh and is considered “one of the most comprehensive single-artist museums in the world.”

If you would like to experience what it is like silkscreen, you can stop by The Factory at the Andy Warhol Museum on Fridays, Saturdays, or Sundays during specific hours. They have the option to print on shirts, tote bags, bandanas, notebooks, or paper. The fee for this weekly event is included with museum admission, but there is an extra charge to purchase items to use in your silkscreen if you choose not to use paper.

Should Pittsburgh artists and art collectives stifle themselves by sticking to one art medium or should they move between the worlds of music, art, and fashion?