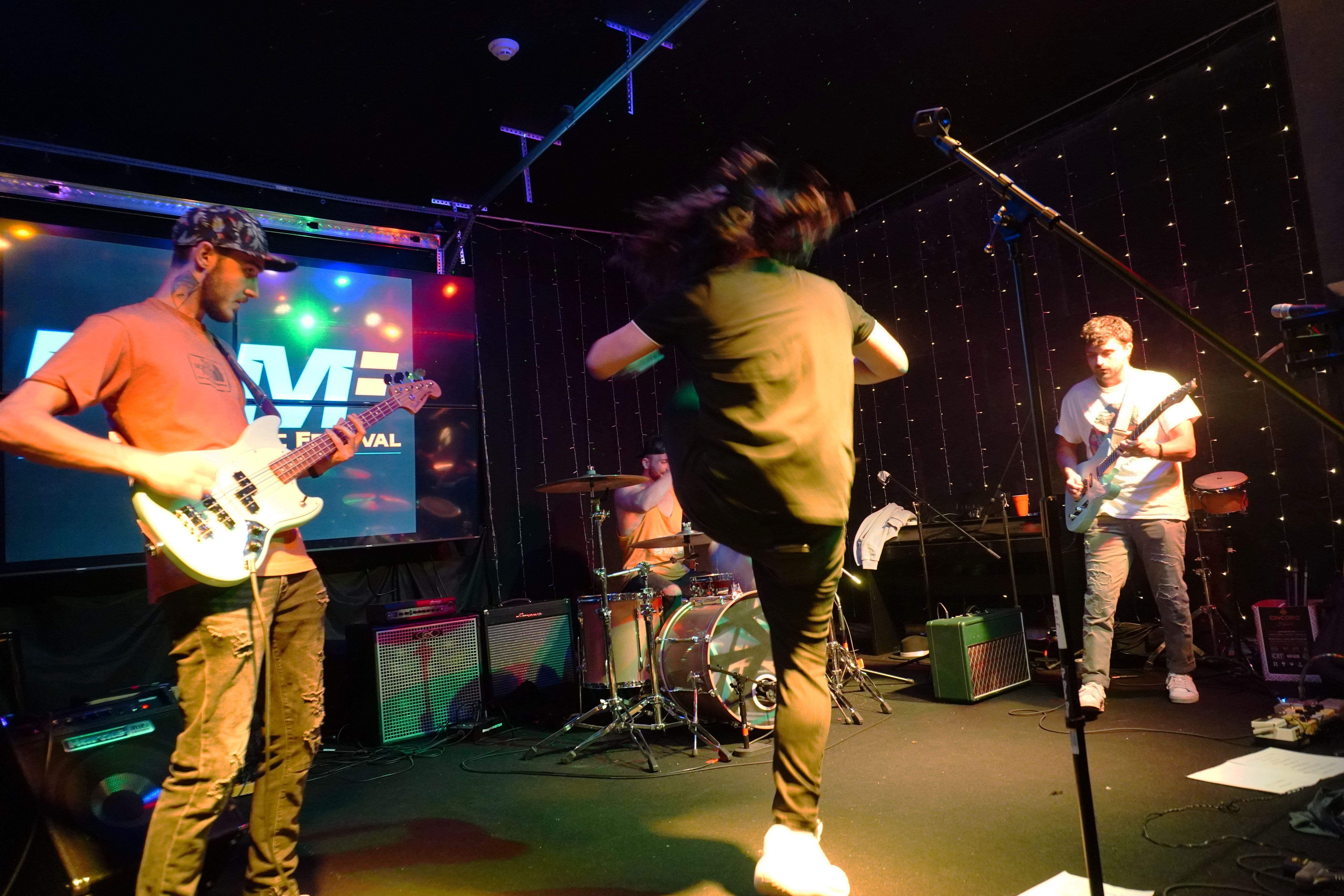 No Sleep For Zombies at the Fall Slam Music Festival at the Forge Urban Winery in Homestead, PA on October 9, 2022 by Sam Hice

The Fall Slam Music Festival took place at The Forge Urban Winery in Homestead, Pennsylvania on Sunday, October 9, 2022. This all-day live music event was organized by Spring Alternative LLC which also organized the Spring Alternative Music Fest on April 27, 2022. Turnmeuptone of No Sleep For Zombies was on hand to keep things running smoothly.

The event showcased bands of many different genres including pop, rap, funk, rock, and punk. The venue had a relaxed feel with ample seating. As the evening wore on the bands and audience got progressively more hyped up.

John Hall showcased his vocal range by covering several songs by Coldplay, including “Lost”, “Trouble” and “Ghost Story.” Hall quipped “This song is called Ghost Story. It was only released in the United Kingdom so I know none of you have heard it.” He also performed his original song, “Ugh, whatever.”

Christian LaNeve performed his original music, and unreleased tracks including “Wonderful Feeling”, which he said would be coming out sometime after his album’s release. LaNeve’s album “Alone in first class” will be released on October 13, 2022.

Slam Band and Sam‘s funky sound kept the crowd engaged and even had them clapping along.  Slam Band & Sam’s new single “But Then I Do” drops on October 21, 2022.

Understatement performed their original hits including “I Wanna Go Too”, “Locked & Loaded”, & the self-titled track “Understatement.”

Murder for Girls hard rocking performance really energized the audience. They played their original songs including the fiery “Egomaniac.”

No Sleep For Zombies kept the crowd hyped up by playing a ton of their original material, including “Are They Breathing”, “Suddenly In Time”, and “In The Wind”.

They also covered “Clint Eastwood” by The Gorillaz and “Purple Haze” by Jimi Hendrix. Lead singer Turnmeuptone even ventured into the audience to perform. Turnmeuptone mentioned that the band will be releasing an EP this month and recording two music videos.

Music and other merchandise were available for purchase from Understatement, Murder for Girls, and No Sleep for Zombies.

The Bleepy Things headlined the event. Unfortunately, Pitt Music Live was not in attendance for their performance.

James Minor, head of the SXSW Conference and Festivals, believes that “a diverse lineup full of adventurous talent that’s ripe for discovery” is a good way to program a festival. Minor has also mentioned that what he likes to do is to“try to make the programming as impactful as possible.” The SXSW team has also recommended that “a great place to start and learn the culture of sxsw is through volunteering and interning. that’s generally a great place to start in general if you’re looking to break into the festival industry.” This seems like good advice for getting your feet wet with festivals in general.