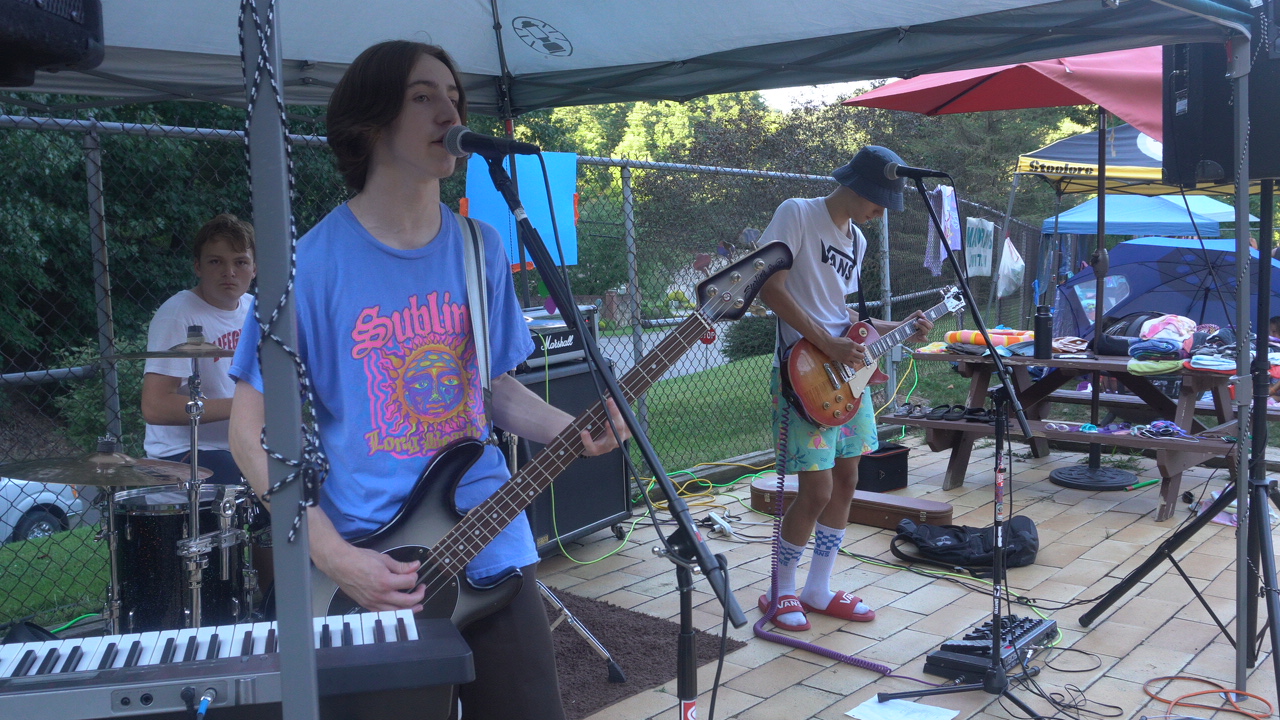 At Brook Park Swim Club, Blind Colours covered many hit songs including “Stacey’s Mom” by Fountains of Wayne, “Misery Business” by Paramore, and “Aeroplane” by the Red Hot Chili Peppers. This was welcome entertainment for the attendees who were winding down the summer by the pool.

In 2022, Blind Colours has performed some noteworthy gigs, which include the Millvale Music Festival, the Midland 4th of July Celebration, and Little Italy Days. Dom Carcia states “I think the best place we’ve played at so far is uh, Little Italy Days 2022” because, “I thought that was so awesome because there were a lot of people into it and that’s what you want when you play live, a good crowd and people that are really engaged in the music.”

Dom Carcia mentioned that if he could collaborate with anyone it would be Rush, “Gotta be Rush.” He elaborated that it “would be awesome cuz they’re like my heroes.” Blind Colours actually covered “Tom Sawyer” by Rush at 2022’s Little Italy Days. Blind Colours also covered “YYZ” by Rush on their YouTube channel earlier this year.

When it comes to social media, Carcia said “We try to post as many videos as possible on social media” and “We’ve gotten a lot of people on Facebook requesting videos and requesting other songs too and it’s great.”

For more on Blind Colours, you can visit them on social media on YouTube, Instagram, and Facebook. Blind Colours’ next live performance will be at 3 PM on Saturday, September 17, 2022, at the Johnny Appleseed Festival in Lisbon, Ohio.