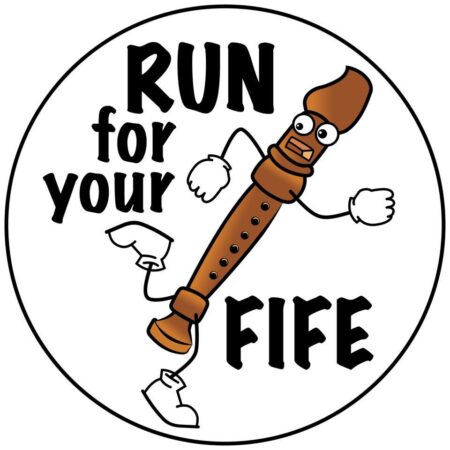 The Brighton Music Center has been a force on TikTok. They are using this notoriety to do good for their community.

The history of Brighton Music Center started in 1958. School band directors James Botti and James Kaplan opened a private lesson studio called the Rochester Music Studio. In 1962, Botti and Kaplan needed a bigger location as they wanted to start selling instruments as well.

There are now two locations, one in New Brighton and one in Pittsburgh. The company was bought by Richard Schiemer and Brad Wittmer in 2011.

While Brighton Music Center has other standard social media pages, including Instagram, Facebook, and Twitter, all of these profiles have the number of followers one would expect from a local music shop, about 300-3,000 each.

In contrast, their TikTok boasts over 13,000 followers and continues growing. When I started researching this story earlier this month, they were at 10k, so their followers have grown a lot even during this month.

Genn has been so kind as to answer a few questions for me.

Genn affectionately refers to her audience as “band nerds” at the start of her videos. When asked if she has always been a band nerd, she replied, “Always. I first started on the flute in 5th grade and joined every possible band-related ensemble that my grade school had to offer. I open a lot of my educational videos by greeting my fellow ‘band nerds’ as a term of endearment really.”

Research infers that the above video’s virality is what spurred the success of BMC’s TikTok. This video has over 300k views. Prior videos had under 10k.

Genn confirmed this, “Absolutely. The first video that really took off was one I did about different types of PPE for a flute. This was to spread awareness that educators and health experts were finding safe solutions for kids to be able to have band in school.”

Genn believes that the reason this video took was, “I think it was a combination of something people weren’t aware of already as well as the format of editing the video. I chose a sound sample that I knew was trending, did a short voice over, and suddenly it had over 100K views.”

Genn comes up with video ideas using a combination of rationally thinking of what beginner musicians need to know and doing what feels right at the time. “All I do is think, “okay what do band kids need to know about? What doesn’t always get reinforced in the classroom?”. Sometimes teachers don’t have enough time or resources in their classrooms to teach these kids certain things, especially different cleaning products for example. So, I just walk around the store, pick something that I would typically show someone in the store, and I make a short video. To be perfectly honest, I usually come up with an idea and shoot the video on the same day. Super spontaneous and not planned at all, but it all still works! That’s the beautiful thing about TikTok, it is so random and diverse, everything goes.”

As I reported on recently, in 2021 the Aliquippa School District lost both its band and choir programs after membership dropped to five members. Recently, the school has announced plans to rebuild the music program. However, money is tight.

Recently, Brighton Music Center has announced that they will be fundraising with the use of the Pittsburgh Half Marathon to help bring back the Aliquippa School District instrumental music program.

Musician/instrumental music teacher Erik Kerr is running in the Pittsburgh Half Marathon to raise funds for instruments for the Aliquippa School District. Brighton Music Center is matching donations up to a cap of $10,000. This will surely be a wonderful help for this school district in getting their music program back off the ground.

On how BMC decided to help out the school district, Genn said “We were actually approached by one of our private lesson teachers, Erik Kerr. He had an idea of wanting to fundraise for a program or instruments for a school. He and his daughter, Emilie, are running the Pittsburgh Half Marathon in May, so this was their way of running for a cause. One of our Owners, Richard Schiemer, told him about Aliquippa School District reintroducing a music program to their school. We decided to combine forces to raise money for their school by matching donations up to $10K. These donations will go towards not only getting instruments and materials to start their classes, but also repairs and accessories needed in future years.”

Brighton Music Center has a history of helping their community.  Genn mentioned that “We are always involved in our community, which technically spans all over Western PA. We have collaborated with many different foundations in Pittsburgh, Make-a-Wish, and just helping out families in need whenever possible. Our mission is to be able to support music creation and education however we can. This all stems from the very foundation of the business that was started about 64 years ago.”

When asked what Brighton Music Center has coming up in store, Genn replied “So much! We always have some sort of sale or promotion going on in-store throughout the year, but our upcoming Anniversary Sale is coming up quickly. It’s our biggest event & sale of the year, happening May 1st-28th. This year for Make Music Day (June 21st), we are promoting events around Pittsburgh which one of our owners, Brad Wittmer, is part of the advisory committee for Make Music Pittsburgh. Also on Make Music Day, if you are in the Beaver County area, we are planning a lot of community events in New Brighton (sneak peak: so many kazoos)”

When it comes to Tik Tok, Genn shared that, “I’ll be posting a lot more information videos on performance and professional model band/orchestra instruments. We are also going to be doing a lot of product spotlights too, we just have so many cool things in our store right now!”

Genn shared that “At Brighton Music Center, we just do what is right. If someone walks in or calls in to us, we always do what is right to either resolve their problem or guide them in the right direction with whatever they need. Our staff are experts in their craft, there will always be someone to help. Music is such an important part of so many live, that’s why we do what we do.”

When asked her goal, Genn replied “As far as my personal work goes, I’m the General Manager so I do a bit of everything here behind the scenes. But, with the short videos I create, I just want to spread knowledge and create things all of us “band nerds” can relate to.”

Genn shared that she would love to hear about your band so, “If you are into the Pittsburgh music scene, stop by our store. Say hello, meet our staff because we’d love to meet you and learn about your gigs/performances. :)”

With a variety of fundraising efforts taking place, it seems that the Aliquippa School District’s band program will now have a bright future.

If you are interested in donating to the Run For Your Fife campaign, which Bright Music Center will be matching donations to, you have a couple of options. You can donate via their Givebutter page here. You can send a Paypal donation to invoice@brightonmusic.com if that is your preference. The Pittsburgh Marathon is Sunday, May 1st. Don’t sleep on your chance to help keep music in schools!

You can follow the Run For Your Fife Facebook page here to keep up with updates about Erik’s training. You can follow Brighton Music Center on TikTok here.