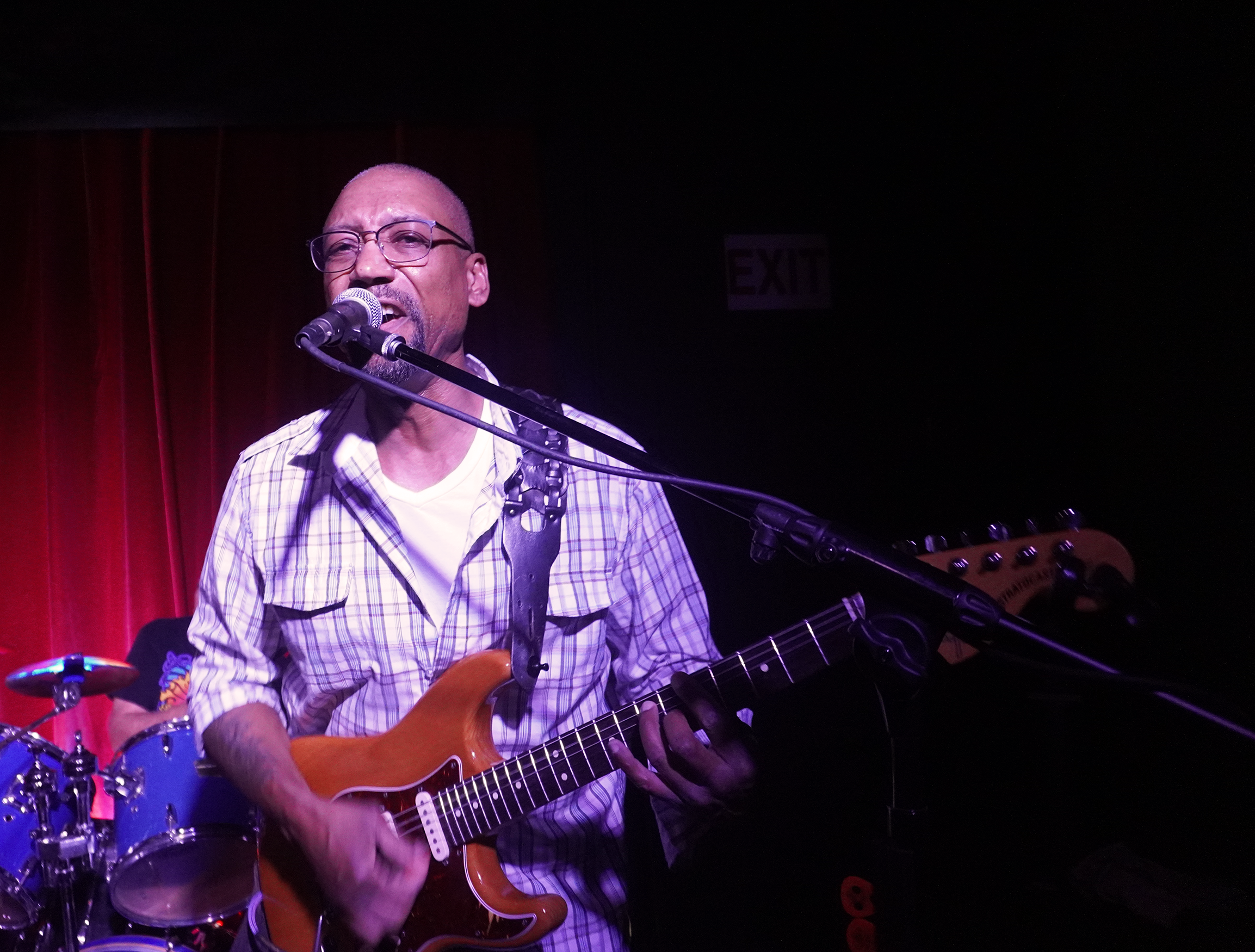 After a “scheduling snafu”  with Broom left Rhythm House without a band to perform on Saturday, June 11, 2022, local musicians All In came to the rescue.

Before the show, Bob Arthurs, Executive Producer of Rhythm House Studios gave Pitt Music Live a tour of the space. Bands are treated to a lovely, well-stocked green room. The recording studio is well equipped. Bob also mentioned that Silencio’s “She’s Bad” 2016 NPR Tiny Desk Contest Submission video was filmed in the hallway of Rhythm House Studios due to submission requirements and the specifications they were able to follow there.

“We’re just a bunch of players that got together last minute,” stated singer Wendell Tyler. All In elaborated that they formed at 10:30 AM that morning.

The vibe of the crowd was relaxed and welcoming. Singer Wendell Tyler said “We’re just gonna play some songs. There’s no pressure, nothing like that. Good times. Life’s too short. You gotta start having fun. This is where the love is at, at Rhythm House Studios.”

All In covered many hit songs including Mountain’s “Mississippi Queen”, Bill Withers’ “Use Me”, and The Beatles’ “Hey Jude”. Regular Jaki Barclay took to the stage to provide a stunning cover of TLC’s “Waterfalls”.

All In had palpable energy that the crowd engaged well with. At one point an audience member yelled “Freebird”, requesting the notoriously long song, and one of the band members replied “$500 for Freebird”.

This show was also live streamed on Facebook.  Rhythm House Studios’ schedule is that the main band plays from 8 PM to 9 PM. From 9 PM to midnight is an open stage. This is a great way to hear even more local musicians or possibly perform yourself.

One thought on “All In Brought Love to Charleroi ”