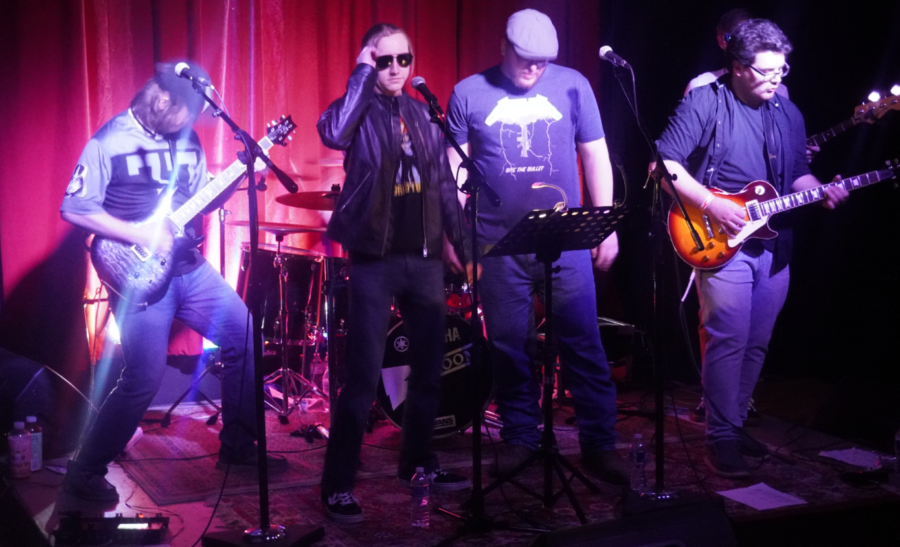 I am going to let you all in on a little secret. I am not a punctual man. I saw Broom on April 30, 2022 at Rhythm House Studios in Charleroi, Pennsylvania. They were amazing. Between their cover songs and their originals, I had personally noticed not one, but both of my socks had been sufficiently rocked off.

Broom is Bodie Dubreucq, Talen Slebodnik, Ben Filak, Caleb Beichner, Carter “the drumming beast” Stasicha, and Race Michener. I was not fast enough to meet Race Michener personally, but he has some incredible pipes.

The warm and welcoming vibe from the venue itself is only matched by the kindness and acceptance of the owners. They graciously gave me a full tour of the studio. From the quality of the sound studio to the absolute beast of resources they have at their disposal to bring in some of the best sounds I have heard in a while, I was able to tell by listening to Rhythm House’s Executive Producer Bob Arthurs that he cares about what he does. By seeing the creative strides he goes into creating videos I was thoroughly impressed.

Broom performed some amazing covers including Green Day’s “Basket Case”, “Sweet Home Alabama”, and my personal favorite “Kryptonite”. Broom’s cover of “Kryptonite” is second only to a nostalgic cover done by Kidz Bop that has been near and dear to my heart since I was but a wee 10-year-old.

If possible, I urge you to get the hell out and go see Broom live. Show them some much-needed love, because these guys are just gems. You won’t regret spending a night listening to them just absolutely kill it.

3 thoughts on “Is Broom Sweeping the Pittsburgh area?”