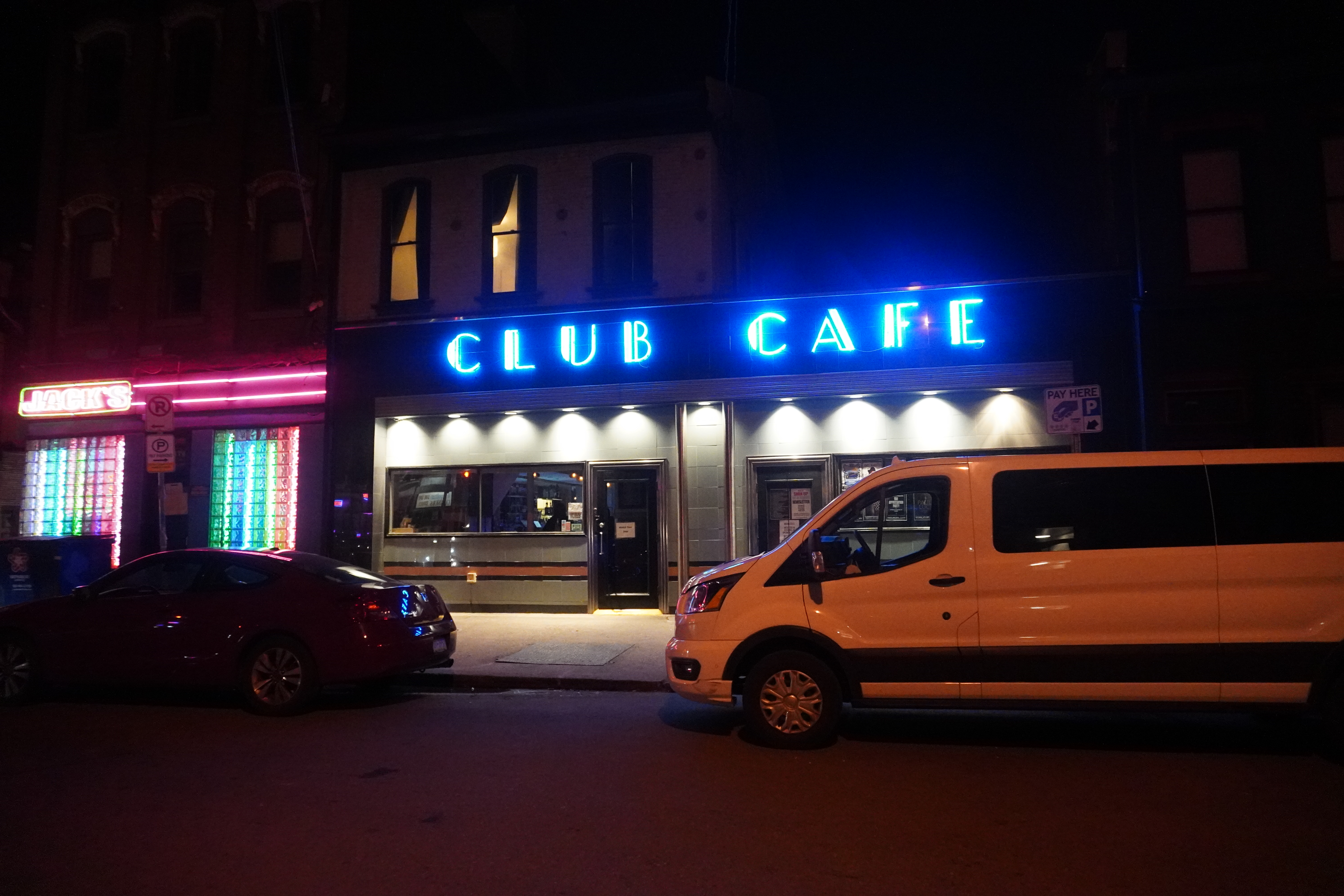 On Thursday, April 28, 2022, Sommelier played at Club Cafe in Pittsburgh, Pennsylvania. They were the opener for Anand Wilder. J. Trafford, lead singer of Sommelier, reached out to offer me a ticket to the show. I happily accepted. Last month, Sommelier’s new EP Alt Weakly was released.

Club Cafe is an intimate, relaxed venue. I would definitely recommend seeing any band you’re interested in if they play this space. Sommelier performed many songs from their new EP including the title track “Alt Weakly”, “Apollo 18”, and “Balustrading”. They also played songs from previous albums including “Live A Little” from 2021’s Don’t Express Yourself. Sommelier’s set lasted for about a half-hour.

Sommelier’s music spans genres. They classify it as post-punk, chamber pop, indie, or rock. I also find a 90’s alternative influence in some of their songs. Before the show, I had only listened to the new EP Alt Weakly, which has a lot of this feel. Seeing them live, I also got a big 50’s influence, which was very cool. Sommelier’s music is both unique and retro, which I really enjoy. I recommend checking out their albums and seeing them live.

Friday, May 20th-Sommelier and many other acts at the Millvale Music Festival. Sommelier will be playing the Double L Stage. There is no cover for this festival.

One thought on “An Intimate Show with Sommelier at Club Cafe”